Woolsack has received some lovely messages of thanks from some of the athletes, teams & Games organisers.  Also some makers have passed on to us messages that they have received personally from the recipient of their cushion.

Some of these messages are on the pages for each country or event in the Gifts of Cushions section of the website and some are shared below. 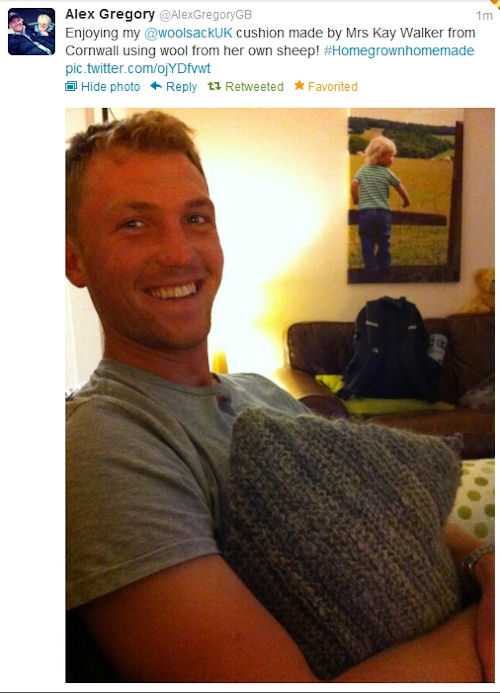 Thank you very much for the cushions, they are lovely!  You have made 14 swimmers very happy.
Claire Cashmore 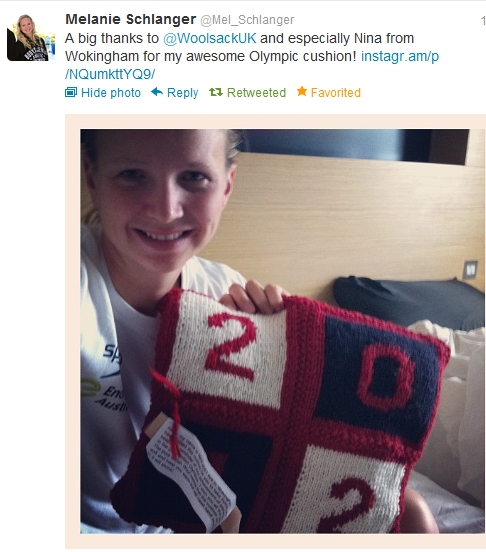 Hi Nicky, Last week the US Sailing Team received the gifts of Woolsack pillows.  I picked yours out because I love tea too, and I love it even more after spending lots of time in the UK!  I really appreciate your pillow - it is really cute, bright, and soft and a perfect present!  I am the female windsurfer on the US Sailing Team, and my website is www.farrahhall.com if you want to look.  Thanks again!  Farrah
Farrah Hall 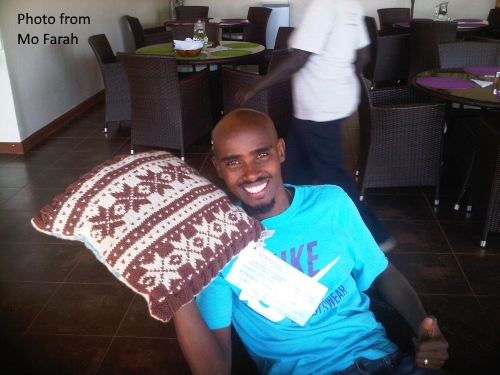 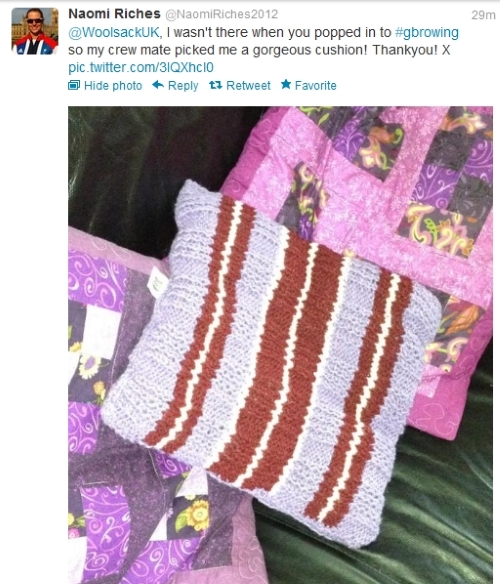 The cushions are really easy to pack. I was expecting them to be bulky but they aren't at all. Putting it in my rucksack would have been no problem if I needed to.
Spanish Canoeist 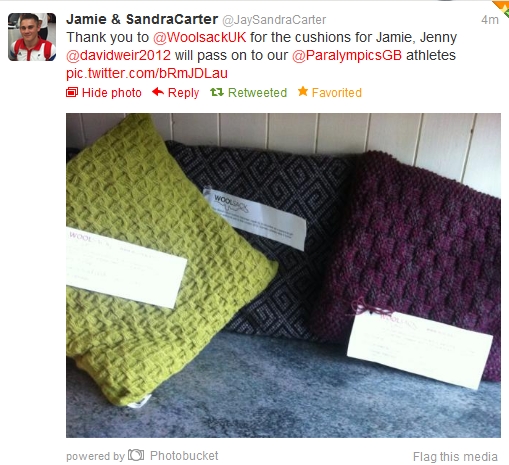 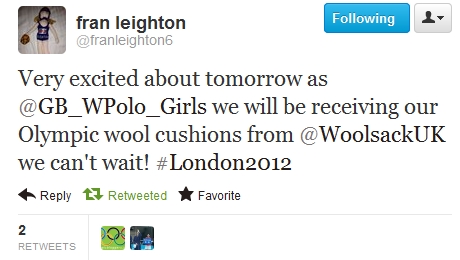 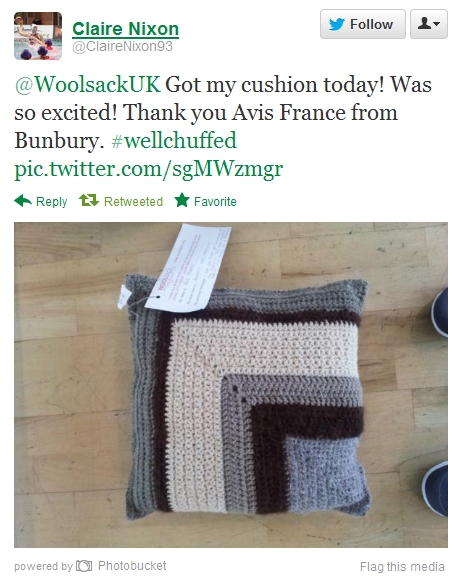 Anne Wafula Strike emailed:  Thanks. My cushion was delivered last week - I am so glad.
US Olympic Team-Diving
Listed under 'Favourite Thing' in an article in ft.com about Katherine Grainger
“The people who created them went to each sport [centre]. When they came to Caversham, they laid out all the cushions and every athlete chose one. One of the girls chose this for me because a 90-year-old woman from Scotland made it. It looks tartan but is in red, white and blue: GB colours.”
Katherine Grainger

Thank you for my amazing 470 cushion. Since Hannah gave it to me it has been decorating our room at Portland house.
Saskia Clark 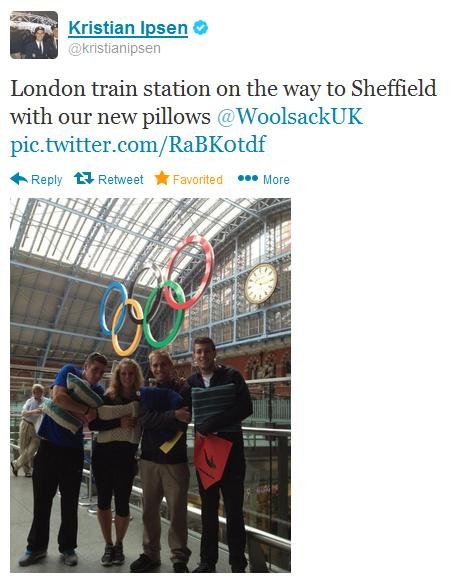 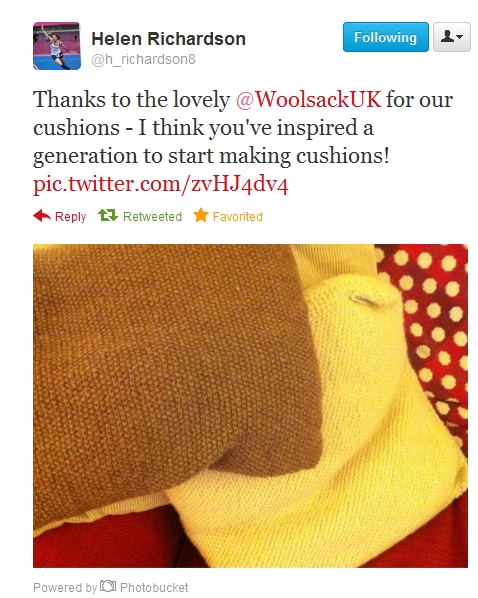 Kathrine Crompton emailed to say:
"I went to the Paralympic games with team GB and I want to thank you for the cushion.  It was made by Juliet from Horsham." 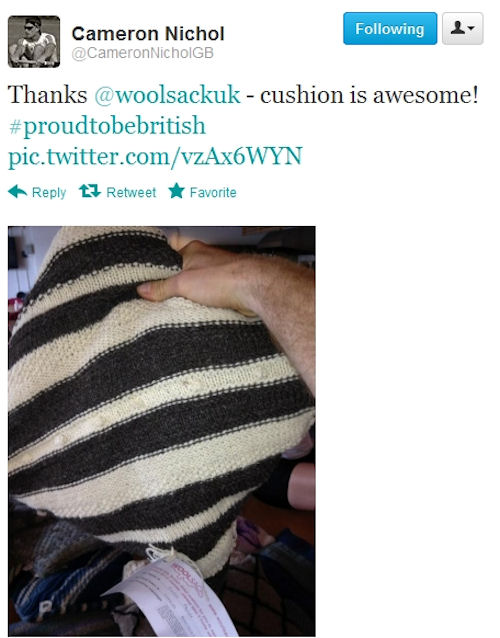 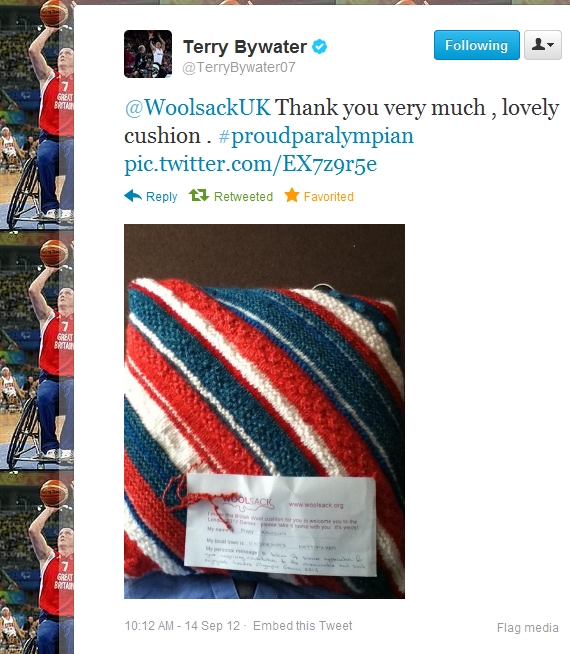 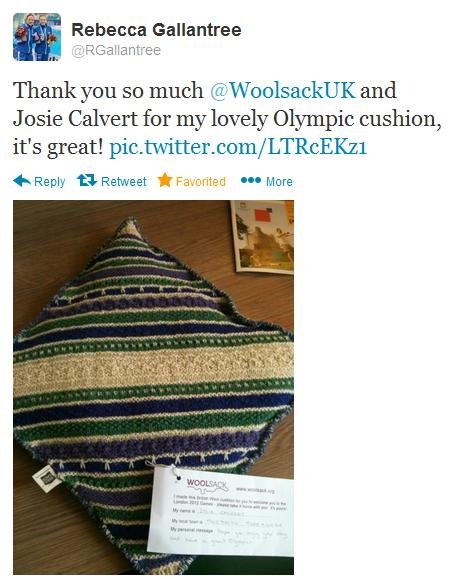 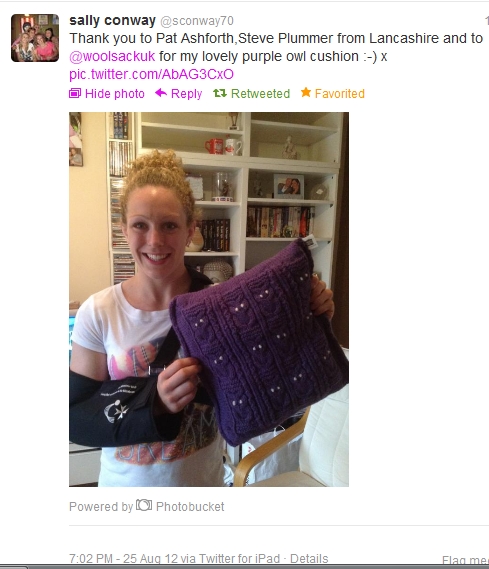 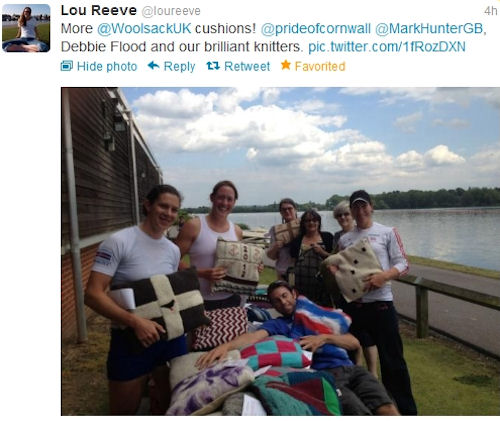 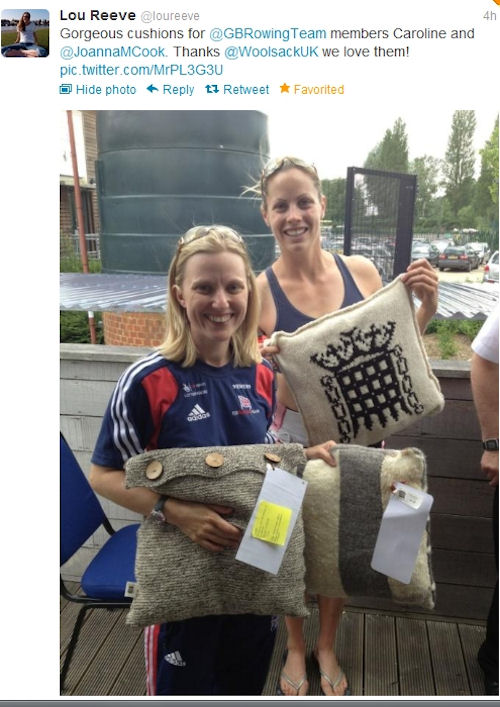 Email received by cushion maker 1 January 2013
Dear Chris and Sharon,  I was the physio with the Aus swim team that was fortunate enough to get a woolen cushion made by you. I had it out showing my children the other day and thought I would send you a short email to say thankyou again.
The Olympics were sensational and the English certainly did an excellent job with organising them. Our team didn’t do quite as well as hoped but that can happen at such a big event. We hope for better in Rio.
Many thanks again. I hope you and your family enjoyed a wonderful Christmas and all the best for 2013.
Kind regards,
Craig Boettcher.

Email through the website received 2 September 2013: We had a delivery of cushions to my home in Feltham for the Turkish boxing team.  We did deliver the cushions to one of the coaches but didn't hear any more.  My husband has just been given the job of head coach to the national team and on arriving at the camp was met by the captain of the Olympic team.  He apologised profusely for not having written to you but expressed heart felt thanks from him and his team mates for the beautiful cushions.  His has proud place on his mother's sofa!
It was such a wonderful project that reached so many and that will stimulate memories for years to come.
Warmest regards,
Helen